Of late, it is being used in different sectors like healthcare, banking. And logistics to promote monitoring, eliminate intermediaries and ascertain answerabilities. It can also be utilized to achieve noble objectives like environment conservation and reducing carbon footprints.

Blockchain as a tool to promote conversation by preventing corruption

A number of environment conversation projects are not able to meet their objectives due to corruption and Blockchain can help us fight this challenge. Being immune to tampering and not controlled by a centralized authority. Blockchain makes it practically feasible to monitor and confirm the interaction or transactions without dependence on central authorities.

Considering that most corruption is facilitated by central authorities or intermediaries, the decentralized Blockchain technology can play a vital role in ensuring accountability. And reducing inefficiency while making environmental projects transparent. It will empower the masses and individuals to track the transactions confidently and detect any discrepancies with tangible, verifiable proof.

A simplified definition of Blockchain

Blockchain refers to a public ledger capable of storing transactions. It utilizes community cooperation for running the network thus eliminating the requirement of central authority or designated intermediaries.

Public transparency ensures complete transparency and community distribution which empowers anyone to access and track the desired data. It also ensures the consistency and integrity of the data.

Due to the above-mentioned features, Actively help in promoting environment conversation projects and activities across the globe. Here are a few practical ways in which Blockchain can be used to save our planet from climate change, harmful levels of carbon emissions, and other environmental issues:

The Blockchain powered energy distribution process can efficiently prevent long-distance transmission of electricity responsible for in-transit loss of electricity. It can facilitate in creating an ecosystem where the excess electricity can locally be moved to the underserved regions and ensures uniform electricity distribution.

With Blockchain-powered electricity distribution system allows organizations. And introductions to get even interrupted electricity supply with a one-time investment in installing renewable energy equipment in their location.

Blockchain provides a solid technology to track the entire product life cycle including pre-and post- consumption phases. The immutable timestamps and inherent linking features along with a decentralized ecosystem make it almost difficult to corrupt, manipulate or influence the process for vested interests.

This interlinked tracking can act as a powerful tool to detect and prevent the issues like eco-harming processes, incompetence, workers’ exploitation, and irresponsible dumping practices. By increasing transparency, it can also put a check on overpricing, and assure the consumption safety of any product.

With better verifiable information on hand, more consumers will be drawn to eco-friendly options. Due to the competitive nature of the market, this practice is likely to turn into an industry standard- sooner or later.

While the number of environmental treaties is increasing, tracking their ground impact is challenging. Data corruption, manipulation, and vested interests often defeat the very objectives of such treaties.

The irreversible and immutable nature of Blockchain makes it an important tool to ensure that the governments and commercial entities remain adhered to the environmental promises.

The decentralized and transparent architecture along with strong interlinking protected by time stamps helps in estimating if, and to what extent the governments/businesses were able to meet the environmental commitments. Tracking critical environmental data metrics will also help in ascertaining the answerabilities.

Ensuring genuine use of donations by deserving candidates

With many ethical and genuine environment organizations in the world, many others are used as an ethical-looking platform but driven by greed and vested interests.

Blockchain technology promises that the resources for rewarding or assisting environment conversation. Should reach the genuine recipients who deserve it- instead of being diverted to the corrupt officials.

The Blockchain-based distribution empowers donors to fully monitor every phase of their donation. And confirm if they reached the deserving candidates in an easy, timely manner.

By creating a series of different points/contacts in distribution, it will also allow donors to ensure that the organization or distribution process is not buffeted by bureaucratic complexities. Besides the autonomous nature of Blockchain also allows for automatic release of corresponding funds to the deserving entities based on achieving specific environmental milestones.

A practical solution is to encourage citizens to actively recycling the products- instead of throwing them out. Is to reward them each time they hand out cans, plastic bottles, containers, and other recyclable items. By creating an autonomous Blockchain-based cryptographic reward system, this process can be autopiloted without requiring too many or too frequent manual efforts.

Along with encouraging more people to recycle the products, it can also help in gathering, monitoring. And calculating the mission-critical metrics like recycling cost, total volume, and overall profits. That will help in promoting competence and ensuring compliance.

Increasing carbon footprint has exposed the world to a number of risks.  One of the major ways to achieve this purpose is to secure complete compliance. And eliminate any discrepancies or corruption associated with environment conservation practices or associated activities.

Thanks to progressive digital technologies like artificial intelligence and Blockchain, it has now become easier to save the environment at scale. Especially Blockchain seems to be the most promising. With its decentralized, easily traceable architecture Blockchain can act as a harbinger of change. When utilized in a proper, dedicated manner the Blockchain technology can ensure compliance, set answerability, and curb corruption in environment conservation.

How Can You Help Your Mother Ease Into Assisted Living

What Are Challenges And Opportunities In Private Label Tea Manufacturing? 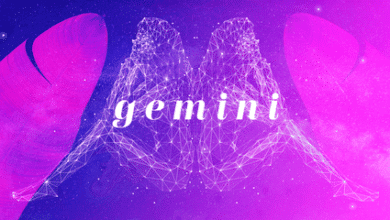 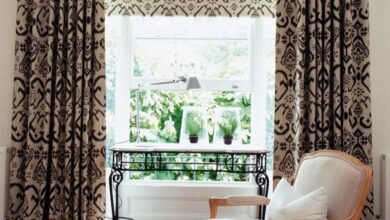 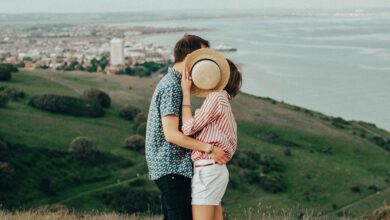